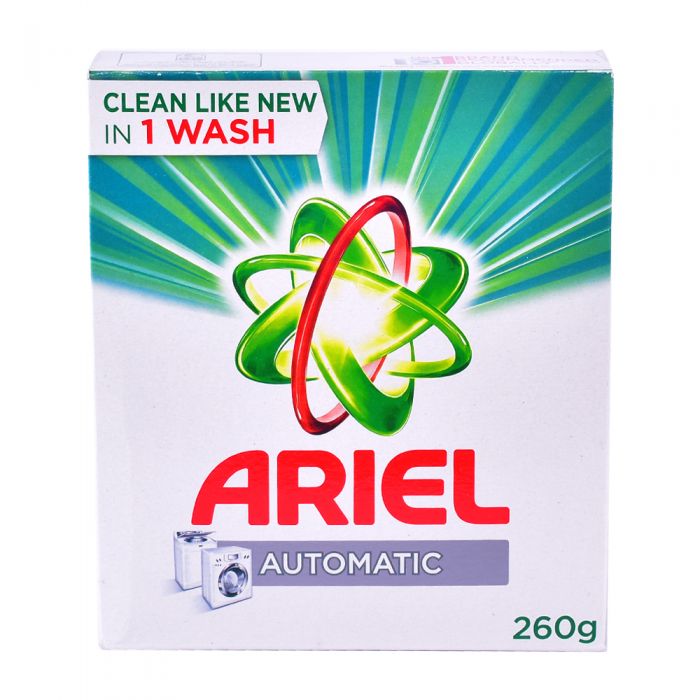 The Ariel Laundry Powder Detergent eliminates even the most difficult stains in a single wash. It works best when washing clothing by hand or in semi-automatic washing machines.

Store in a cool & dry place

Today, Ariel is at the forefront of laundry detergent innovation. Ariel has established the mainstays of the laundry room over the ages as a result of nearly 50 years spent studying what the ladies of the globe require. While Procter & Gamble had a significant presence in handwashing, the landscape began to shift in the 1960s as the washing machine became popular in some nations. Women all around the world delighted at the convenience of washing, but a new difficulty arose. The clothing was not white enough. As a result, the P&G European Technology Center went to work. Ariel first appeared on the scene in 1967, promising ladies the world over immaculate whites owing to a revolutionary mix of an enzyme-based chemical and encapsulated bleach. The first liquid detergent from a P&G brand was released in 1985. However, trends fluctuate, and in the 1980s and 1990s, ladies wanted to shine brighter than ever before, creating an impact in the most trendy colors. However, after two or three washes, those colors began to fade, until Ariel Color came. The 1992 discovery provided women with a bleach-free, color-friendly choice for their laundry, enhancing rather than degrading the colors.